The soldiers, a mix of junior enlisted and non-commissioned officers at an OCONUS base, donned their OCPs and PCs, packed their IOTVs and ACHs, and rode their Humvees and LMTVs, making sure to bring MREs for the long day of training required for their MOS. and an upcoming deployment, according to their METL. After taking a course on JKO and practicing on the EST, they conducted an LFX. After ENDEX, the AAR completed the training. The next day was a DONSA, so they were excited about it.

Acronyms are an integral part of military jargon. Each branch also has its own acronyms that form an alphabetical language that almost counts as foreign language study. A Department of Defense (or DOD) contractor has used these acronyms to create a game based on the immensely popular online game Wordle.

Matthew Benjamin, a defense contractor, invented DODle after playing Wordle almost every day since January. He launched the game’s site on March 4.

If you’re active on Facebook or Twitter, you’ve no doubt seen posts with yellow and green boxes popping up on your feed. Even if you don’t play Wordle, you’ve probably heard of it. The game became so popular that its creator, Josh Wardle, sold the game to The New York Times for an undisclosed sum of over $1 million.

Wordle’s popularity has since spawned different versions, including one about Harry Potter, another full of profanity, and even Taylordle, a version using Taylor Swift’s song titles and lyrics.

For those unfamiliar, Wordle is a strategic word game in which players have six attempts to guess a five-letter word. It’s sort of an elimination game process. It’s addicting, and my day doesn’t feel complete if I haven’t completed the daily Wordle puzzle. I feel a boost of confidence when I win, especially if I only catch the word on my second or third guess (finding the right word on the first guess is just a matter of sheer luck, but I daydream that it will happen to me one day).

And now there’s DODle, a camouflage-based game where players have to guess a DOD acronym.

“I was playing the original version of the game and found my guesses sounded like DOD acronyms and thought it would be a fun challenge for me to build,” Benjamin said in an email to Stars and Stripes the day after its game launched. “Looking around I found there were many clones of the game, different languages, themes, etc., but nothing for the military community.”

Since the original Wordle uses full words and not acronyms, I think Benjamin’s version is much harder to solve.

With DODle a week away from launching, 27 people have solved the daily puzzle (including myself, not to brag). Benjamin says his data shows players from the United States, Norway, Canada, Germany, India and Japan.

Benjamin, 42, of Falls Church, Va., comes from a military family. Her grandfather served on the USS Missouri as an electrician during the Korean War and her aunt served as an Air Force nurse during the Vietnam War.

Benjamin said he’s always been good with computers and it only took him eight hours to create DODle, which involved modifying the code so the website could work on phones and computers.

“It was a lot of work and I learned a lot along the way,” he said.

While Benjamin is good with computers, he said his eight-year-old girlfriend was better with the pun on the original game.

“My girlfriend is usually ahead of me in finding the solution, but some days I get lucky and get to the answer quickly,” he said. “It’s fun to share the results with friends and family.”

According to the DODle site, Benjamin developed the game for official use acronyms, so for now you won’t see the solution being a slang acronym like FUBAR.

You can play the game on DODle.us. (link https://doodle.us/) For those unfamiliar with DOD jargon and vocabulary, you can brush up on the Department of Defense Dictionary of Military and Associated Terms. 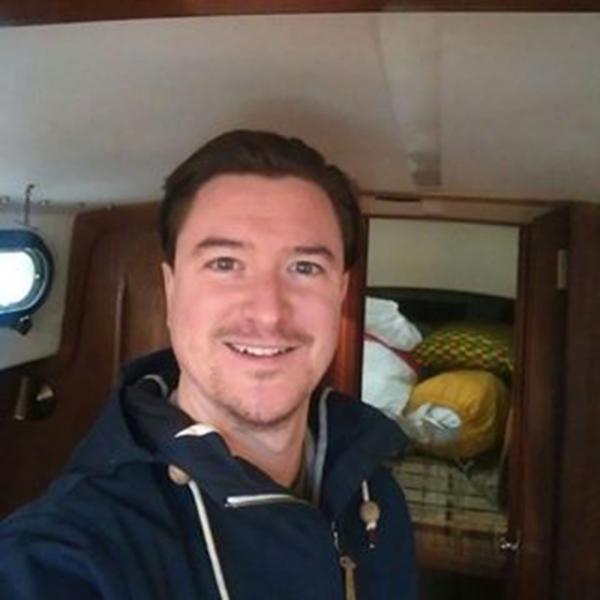